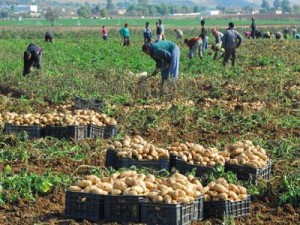 Algeria is planning to increase the scope of its tax exemptions for certain domains and regions in its 2014 budget. The decision is in line with its desire to promote agriculture and investments in the sector. The North African country’s budget is mostly financed by revenues generated from its oil exportations.
The tax exemption plan of the budget bill is being studied by the National People’s Assembly Finance and Budget Committee. The areas strategically targeted are the businesses involved in the production of urea, ammonia, and zinc. Investors who have also chosen to venture into the country’s southern provinces will also be exempted.
Southern provinces have been complaining of being neglected in development projects. Finance Minister Karim Djoudi hopes that if the bill becomes a law, it will encourage private investments in the south and throughout the country. Taxation in Algeria is described by the minister as being “very low”.
The aim of the plan is to reduce the importation of fertilizers and “enrich” the country’s next year’s budget. President Khalil Mahi of the Finance and Budget Committee stated that they are also considering the introduction of tax incentives to benefit entrepreneurs willing to invest in housing construction. Plans to accord tax relief to individuals for the collection of used paper and household waste is also being considered.
Oil is the backbone of the economy. Mohamed Djemai, an MP for the FLN, said the revenue generated from the sales should be channeled into “providing material and moral support for investors, whilst focusing on the creation of SMEs” and training people.
Rachid Mouni, an Algeria Green Alliance MP, said that the dependence on oil revenues “gives a false impression of the national economy” which still remains “vulnerable”.