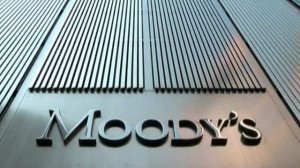 Authorities in Tunis were received a heavy blow from Moody’s Investors Service, a credit rating agency, when it announced that it was reducing Tunisia’s sovereign debt ratings. Three major firms, Moody’s, Standard & Poor’s, and Fitch, have now downgraded the country’s credit ratings largely due to the ongoing political standstill between political parties. Tunisia’s economy has been suffering from the crisis as its currency hit new lows against the dollar at the beginning of the week.
The last credit downgrade by Moody was in May. The new ratings have been pushed Tunisia down to Ba3. It is now three steps away from the junk territory. The numerous downgrades that Tunisia has been facing in recent years are all linked to political instability and insecurity. The country has been criticized for over delaying the completion of its constitution which is fundamental in the transition process.
The rating outlook is also lingering in the negatives. The agency explained that increased violence in the country sends a wrong signal to the investors. This month, a suicide bomber exploded himself on a popular tourist beach in Tunis. Tourism is an important sector of the economy and a major source of employment for the population.
The rating represents Moody’s judgment of the likelihood that Tunisia will be able to repay its debts in a timely manner, affecting the perceived risk of lending to the country. It listed a number of additional factors that led to the weaker rating, including sizable deficits, some donor funding cutbacks because of the slow reform progress, and the fragile state of the Tunisian banking sector.
Investors interested in the North African region are expected to head to more favorable environments like Morocco due to the instability in most of the countries.