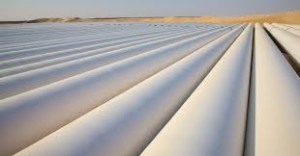 Oman’s economy has received another major boost to continue growing after the signing of a three decade deal between the state and British Petroleum (BP) for the development of the Khazzan tight gas project. The deal will lead to an estimated extra $16billion worth of investments after more than hundred millions of dollars investments since its concession to BP in 2007. The sultanate’s demand for gas has been on the rise.
During the signing ceremony, Oil and Gas Minster Mohammed Al Rumhy described the signing as “an important step” towards satisfying their “growing demand for energy over the coming decades and to contribute to economic development”. The project is expected to deliver a billion cubic feet of gas daily from deep under Central Oman thereby helping in strengthening dwindling gas exports.
The khazzan project will be another opportunity for BP to showcase its know-how in tight gas production. Chief Executive Bob Dudley said they have amassed enough experience to undertake a project labeled by the minister as “the largest new upstream project in Oman and a pioneering development in the region in unlocking technically challenging tight gas through technology”.
Construction works are expected to begin next year and will continue for three years. During this period, Oman will be depending on gas importations to develop its economy. The estimated $16billion waivered by the recent signing is almost 20% of the Sultanate’s current annual economic output.
When production begins, it is expected to cover about 34% of the current domestic demand which continues to rise. BP, which will operate the project, expects to develop around 7 trillion cubic feet of gas in the Khazzan project, and to pump around 25,000 barrels per day of gas condensate, light oil, from the field.