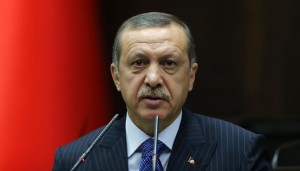 The corruption scandal in Turkey has taken another new turn after Prime Minister TayyipErdogan reshuffled his cabinet. Three ministers quit the government because of the implications of their sons.  There are calls for the Prime Minister resign.
The resignations of the three ministers were considered to be long overdue.KorayCaliskan, an associate professor at Istanbul’s Bogazici University, said they “are very late and difficult resignations” and “don’t have any value in terms of democracy.”  Turkey’s political crisis begun with the arrest of several people, on the 17th of this month,accused of graft charges. Prime Minster Erdogan reacted to the arrests by sacking or reassigning the police investigators involved in the 14month long secret investigations.
Erdogan has been heading the government for 11years. The environment Minister, ErdoganBayraktar, is among those who have resigned and has called on the Prime Minister to step down. He believes that the Erdogan should resign “for the sake of the wellbeing of this nation and country.” The former minister’s requests led to new protests in the capital, Istanbul and Izmir.
The Prime Minister has not discredited the investigations of the police but questions the outcome of it. During a party meeting with provincial leaders, Erdogan asked “if a verdict is made by the opposition party on the second day of the investigation, what’s the point of having judges? If a decision is made by the media, what’s the point of having these long legal procedures?” Meanwhile, he has decided to do a cabinet reshuffle by appointing 10 new ministers to replace the three who quit and others planning mayoral runs in local elections in March.
Since his arrival, Erdogan has been credited for tackling its once-dominant secular military and overseen rapid economic expansion.