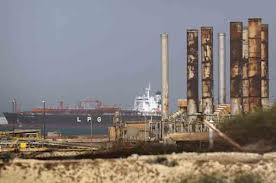 Progress is being made with talks concerning the reopening of seized Libyan Oil ports and resuming exports, after a failed attempt last month. The six months old armed blockade of three of the major eastern ports, was a strategy for a former rebel group of Muammar Gaddafi, to make demands about a greater share of wealth and more autonomy.
With 600,000 barrels per day of oil exports throttled, this move did not only affect the country’s economy but is likely to intensify unrest. Oil markets remain skeptical since post-Gaddafi era reached deals are yet to be successful and exchange of words between Ali Zeidan’s government and federalists, led by al-Ibrahim Jathran, has done nothing but fuel this uncertainty. Abb-Rabbo al-Barassi, prime minister of the self-declared eastern region government, believes that the government has taken a softer stance on the issue and negotiations are going well.
The federalists made three demands. Zeidan and his government have agreed to Tripoli investigating oil corruption and selling oil under supervision of the three Libyan regions from pre-Gaddafi times: Cyrenaica, Tripolitania and Fezzan. The demand however which was hard to absorb by Zeidan was calling for oil sales to be shared among the three regions based on a law from the pre-Gaddafi-era. Agreeing to it would mean recognizing the idea of a federal state, which Jathran and his group are campaigning for but Barassi said that it could be readjusted.
Planning ahead, the group is looking into selling oil on its own if negotiations fail. They founded the group Libya Oil and Gas Corporation which the oil market isn’t impressed by as it can’t guarantee tankers’ safe passage to the ports. Tripoli has vowed to use necessary force to halt ships entering or leaving Libya.