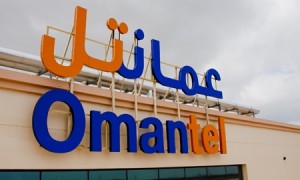 Omantel, former telecommunications monopoly of the Omani government, is undergoing a privatization phase as announced in September. The government plans to reduce its 70 percent holding to 51 percent by selling off 19 percent of its stakes in two phases. With an estimated current market capitalization of $3.05 billion, Omantel’s 19 percent stake worth is around $579 million. Bank Muskat has been appointed by the government as its adviser for the sale.
The first phase of the sale is reserved for wealthy local investors. Individuals and institutions in Oman can buy more than 2 million rials ($5.2 million) worth of shares stated the Secretary-General for Taxation at the Ministry of Finance, Saud bin Nasser al Shukaily. The current phase should be completed over the next eight to ten weeks and the price is to be determined by a book-building process. The second phase is open to all Omanis. In total 142.5 million Omantel shares are to be sold. Foreign investors however are exempted from participating in either phase but can buy shares in the secondary market.
“Increasing the free float will be positive for foreign investors at least in the longer term because it will improve liquidity in the stock,” said the National Bank of Kuwait (NBK) Capital’s assistant vice president, Shrouk Diab.
The public sale which aims at expanding Omantel’s shareholder base and boost market trading comes as a change in strategy by the government. In 2007, it planned to offload 25 percent of Omantel to a strategic investor, prequalifying eight operators from Europe, Asia and the Middle East but postponed in December 2008 due to global financial crisis. In contrast to other former monopoly Gulf operators, Omantel isn’t active abroad; Pakistan’s Worldcall is its only active foreign unit.