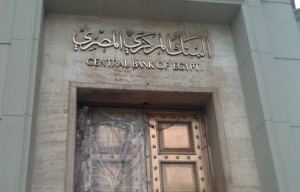 After Egypt’s foreign currency reserves had fallen to 17 billion USD in December last year compared to 17.8 billion USD a month earlier, Cairo had been slowly running out of cash to repay its international debt. The reserves dropped to the lowest level since Cairo received a generous financial aid from the Gulf Arab states after Islamist ex-President Mohammed Morsi was ousted last July.
A bulk of the money has already been spent on partial repayments of the debt that Cairo owes to international energy firms. Before the 2011 uprising, Egypt’s foreign reserves were worth about 36 billion USD but have fallen sharply since then due to the political and economic turmoil. Recently, foreign reserves have logged a slight rise for the first time in five months when they increased by 0.42 percent to reach 17.104 billion USD.
Mohsen Adel, an economic analyst, said that the Central Bank of Egypt (CBE) managed to capitalize on Gulf aid in increasing the reserves. Mr Adel added that the rise comes despite the fact that Egypt has lately repaid 700 million USD of its debt to the Paris Club – an informal group of financial officials from 19 of some of the world’s biggest economies. Moreover, the country provided about a half a billion USD to its banks which meant a further pressure on its stock of cash. Mr Adel predicts that the reserves should increase in relative terms in the near future, encouraged by Arab aid, if those measures are taken to boost exports, rationalize imports, and attract more tourists.