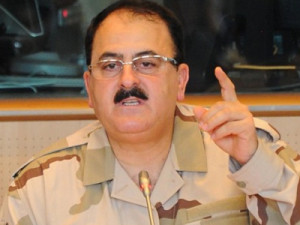 General Selim Idriss head of the Syrian rebels forces, backed the West, has been sacked by the opposition military council after a series of field setbacks in the fight against the army of Bashar Al Assad.
His removal was expected after losing military supplies to rival militias, following a gradual loss of influence. Gen Selim Idriss was replaced by Gen Brigadier Abdul-Ilah al-Bashir. These changes in the Syrian opposition military commanders are expected to reinvigorate efforts against the Assad regime following the failure of the first two rounds of peace talks in Geneva.
Gen Idriss, who speaks fluent English and German, was chosen as leader of the FSA supreme military council in December 2012. But as an electronics engineer by training he had little frontline experience and never managed to exercise authority over the rebels’ broad range of militias.
His replacement Brigadier Bashir by contrast specialized in ground forces command while in the regular Syrian army has men fighting on the front lines south of Damascus.
It seems the Syrian rebels are bracing for long confrontation with government forces after peace talks between the Syrian regime and the opposition in Geneva ended without reaching any results, throwing the future of the negotiations to end the bloody conflict into doubt.