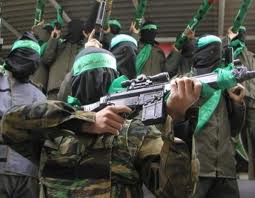 The ban of Hamas activities in Egypt by a court could lead to harmful consequences both for Egypt and residents of the Gaza Strip. Adnan Abu Amr, a politics professor at Gaza’s Ummah University, warned that the decision is “a final definitive break” which “could blow up in Egypt or Israel’s faces.” Some experts believe that Hamas has no other option but to mend its relations with Fatah and activate the 2011 reconciliation agreement between them.
Before the arrival of the military backed interim government, Hamas enjoyed close links with Cairo. Ousted President Morsi’s Muslim Brotherhood has a large support in Gaza. The court decision stated that Hamas collaborates with the Muslim Brotherhood, now considered as a terrorist organization, and therefore decided to ban it from operating in the country. Its assets were also seized.
Bassem Naim, an adviser to Hamas Prime Minister Ismail Haniya, said the ruling was “shocking”, and hopes that it will not lead to the “restrictions on people’s movement”. Egypt has now severely restricted access through the border town of Rafah, Gaza’s only gate to the world that is not controlled by Israel.
The interim government perceives Hamas as a menace to Egypt’s security. It has destroyed hundreds of tunnels used to smuggle goods and weapons from Egypt. Hamas claims that their destruction has led to loss of $320 million per month. Government workers say they have not been paid in four months.
The consequences of the ruling seem to be diverse.  Ezzat al-Rishq, a Hamas official close to the movement’s exiled leader Khaled Meshaal, thinks that it “will open the door to new [Israeli] aggression and war against Gaza” while Professor Mukhaimar Abu Saada of Gaza’s Al-Azhar University sees it as “the point of no return.”