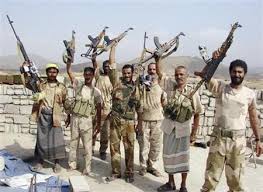 The Yemenite government and the Shiite rebels are close to finding a common ground in order to end the violence in the north.  The revelations were made to the journalists by the United Nations envoy to the country, Jamal Benomar, shortly after briefing the Security Council in Washington.  However, the country continues to face threats from the Sunni tribesmen and the militants of al-Qaeda in the Arabian Peninsula.
Discussions are underway between President Abed Rabbo Mansour Hadi and the shite rebel leaders. The meeting is expected to be centered on the “disarmament, demobilization and reintegration” of the Shiite rebels into the community.  The rebels already agree to being disarmed.
The Shiite Hawthis led a six-year insurgency in the north that officially ended in 2010, but a recent escalation in fighting with ultraconservative Sunni tribesmen turned several northern cities into war zones.
Since the departure of President Ali Abdullah Saleh in 2011 due to protests, Yemen has been struggling to maintain peace and tranquility on its territory. Al-Qaeda militants had a major presence in the country until the United States started intervening with its drones in 2012. Although they have been forced to retreat, Jamal Benomar warned that al-Qaeda in the Arabian Peninsula “remains a very real and lethal threat” in Yemen.
Yemen has been trying to move towards democracy but the pace has been slow due to internal conflicts. The South is claiming its independence while the government is dedicated to promoting national reconciliation.
The U.N envoy is optimistic that the end to the violence is near as he stated that Yemen’s political transition “has moved to the next stage” and that a draft constitution will be finalized in coming months.