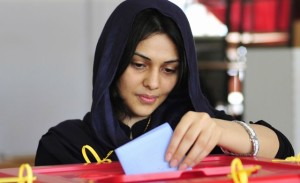 The United Nations has reminded Libyan officials that it is keeping an eye on the developments going on in the country.  UN spokesman, Farhan Haq said Secretary General Ban Ki-moon is “closely” following Libya and upholds the “importance of the peaceful and timely holding of elections on 25 June.” The elections are less than 2weeks away but there have been barely any effort to its concretization due to the ongoing battles between different militant groups. Libya’s transition towards a democratic rule has been so far a rough journey.
Libyan authorities have their orders in several parts of the country. The people are heavily divided with the east independently declaring itself an autonomous region with an executive body without the prior approval of Tripoli.
The UN Support Mission in Libya (UNSMIL) has announced that it will be organizing a “dialogue” with “political forces and stakeholders” in order to ease the tension in Libya with the objective of obtaining “a national agreement.” The government didn’t welcome the move lamenting that it was not consulted before the announcement.
Libya has been in a state of near constant turmoil for three years with successive prime ministers struggling for legitimacy, various armed groups paralyzing governance and a loss of vital oil export revenue due to a port blockade by armed rebels. The UN also discouraged attacks on its personnel because they are carrying out their duties “with impartiality and openness to all national parties concerned.”
Meanwhile, Ansar al-Sharia has announced through its militia leader Mohamed al-Zahawi that they will renounce violence if the Libya’s new constitution “guarantees” the application of Islamic sharia and are also “ready to take responsibility if investigations proved that any of our people were ever involved in Benghazi assassinations.”