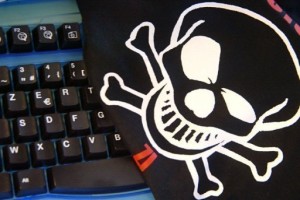 Tunisia’s electoral commission has been a victim of a technical setback after its website subjected to a “pirate attack.” The attack has resulted to a temporal suspension of registration for the elections. No group has claimed responsibility for the brief disruption. Tunisia is rushing to organize both presidential and legislative elections before the end of the year as dictated by the constitution.
In the last election after the departure of President Ben Ali, around 4million Tunisians registered to cast to their votes.  Registration, this year, has been going at a snail’s pace with only a little more than 100,000 people registered after almost a month-long registration process opened on 22 June.
This is the first time Tunisia is using online registration and by SMS. The objective was to attract more than the 4million voters registered in the last elections.
The pirate attack could therefore further setback the electoral commission’s effort to attract more voters. Journalist Naveena Kottoor thinks that the Muslim holy month of Ramadan, when most Tunisians fast between dawn and dusk, could also be another contributing factor in the sluggish pace of registration. Ramadan began on 29 June. The third factor that could also be playing a part to the low registration is that the internet has been extremely slow in recent days.
The electoral commission has already been under strong criticism and pirate attacks but it has stated that it is more than determined to accomplish its task with integrity in a released statement. The elections in October and November will be the second in Tunisia since long-serving ruler Zine al-Abidine Ben Ali was ousted in 2011.
Tunisia is heavily polarized between Islamists and secular liberals. Ennahda, an Islamist party, won the last elections and headed a coalition government.