The Libyan parliament has announced that it will be handing over its duties to the newly elected parliamentarians in less than 2weeks. The announcement came at a time when the conflict between rival factions over the control of the airport has become very deadly. The new parliament will be having its session in Benghazi as stated in a law passed by the outgoing parliament members. The transfer of power is not expected to end the conflict. 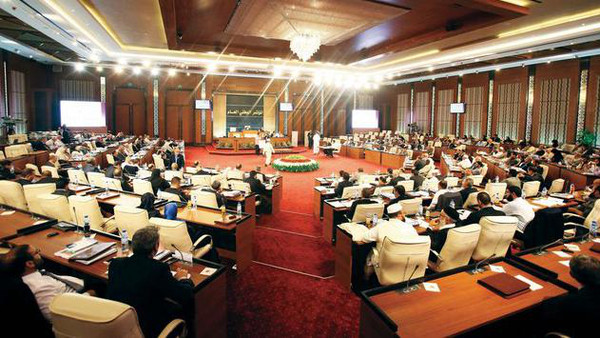 In a released statement signed by Speaker Nuri Abu Sahmein of the General National Congress (GNC), Libya’s parliament, it was stated that “the transfer of power to the elected chamber” has been schedule for the 4th of next month. The announcement is backed by the electoral law which underlined that the handing over of power should be done within two weeks after the publication of the results.

The new parliament will be faced with challenges such as holding sessions in Benghazi; a city that has been a battleground for the past several months between the fighters loyal to renegade General Khalifa and the rebels. GNC’s sessions in Tripoli have been interrupted several times by disgruntled fighters who have fought against the Gadhafi regime.

Many newly-elected MPs have expressed reluctance about the proposed GNC move to Benghazi, with some are refusing to take up their seats because of the city’s rampant insecurity. Medical and military sources have at least confirmed 40deaths since the beginning of the week.

There has been a shift of influence as liberal candidates dominate the new parliament. However, the members will have to be patient because of the security and logistical issues that are still surrounding the sitting of the parliament in Benghazi.