Studies are being done by experts to boost Oman’s agricultural sector as part of the country’s Vision 2040 policy. The experts will submit a report containing the necessary new strategies that should be implemented by the government to the Supreme Council for Planning between the end of the year and the beginning of 2015. The country is trying to strengthen its fisheries and agricultural sector by promoting its produces and providing trade partnerships for them through ventures such as the Food and Hospitality Oman exhibition. 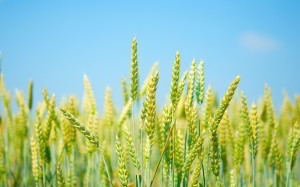 One of the major setbacks is that the prosperity of agriculture is slowed by the shortage of water Oman is facing despite numerous efforts to surpass it. The country collaborates with regional and global countries to develop its projects in this aspect. Dr. Ahmed bin Nasser bin Abdullah Al Bakri, Undersecretary of the Ministry of Agriculture and Fisheries said the government has “already implemented many projects” and it is “always keen to study new techniques” to overcome the shortage.

Different agricultural and fishing policies and programs that are aimed at sustainable development and conservation of natural resources have been yielding positive results according to the data released by the ministry of agriculture and fisheries in its mid-2013 report. The fisheries sector has been more successful when compared to agriculture.
Dr. Al Bakri hopes that the soon-to-be completed new strategies for agriculture will be approved by the council and also gets its funding approved in order to reduce the gap between it and the fisheries sector.

Oman launched its Food and Hospitality Exhibition in 2005 to provide trade partnerships and facilitate import licenses of technical machinery and equipment as well as striking trade deals that will increase the volume of trade exchanges with other countries.