Prime Minister Benjamin Netanyahu has told participants at the 4th Annual International Cyber security Conference in Tel Aviv that Hamas attacked the country’s “civilian Internet structure” with help from Iran. His statement highlights that the war with Hamas is not only military but also virtual. 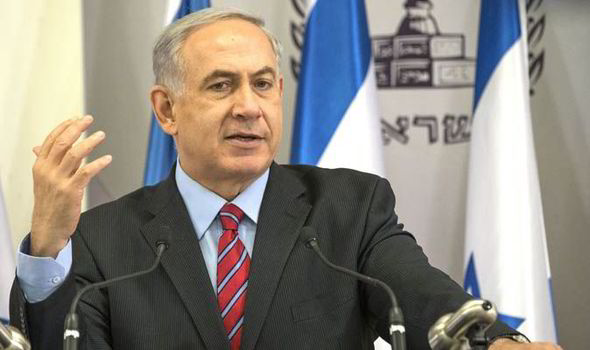 Netanyahu claimed that Hamas is capitalizing on the “accelerating and dizzying pace” of the cyber space to launch attacks that are “clearly meant to disrupt the daily lives of Israelis.” The Prime Minster vowed that their efforts will fail before adding that plqns are being made to make the Jewish state a center for state-of-the-art cyber technology.

Israel believes that Hamas doesn’t have the know-how and resources to attack its civilian internet structure. It accused Iran of aiding the group. Netanyahu said at the conference that “the party behind the cyber-attacks against Israel is first and foremost Iran, including in the Hamas attacks. Iran supports all our enemies. Iran is the source of most of the attacks that are launched against Israel.”

Iran and Israel have often been accusing each other of cyber-attacks although none of them has neither denied nor confirmed any allegation.

After elaborating on the cyber-attacks of Hamas and Iran, Prime Minister Netanyahu expressed his dissatisfaction with the content of the open letter written by the former and serving members of the Israel Defense Forces’ elite 8200 intelligence unit which boldly stated their refusal to partake in any action designed to “harm the Palestinian population” in the West Bank. Netanyahu warned that “any kind of conscientious objection is fully reprehensible” before pointing out that “the IDF, in all its units, is the most moral army in the world.” He said that the content of the letter is based on “false accusations.”