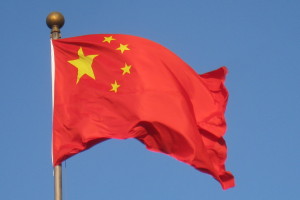 China officially became the world’s largest economy, ahead of the United States, according to the International Monetary Fund (IMF). For the first time since 1872, the United States of America loses their position as the leading world economic power in favor of China. It’s the end of 142 years of American supremacy.

According to the latest figures of the International Monetary Fund (IMF) just released in December 8th, 2014, China has come ahead the United States as the world’s largest economy.

China’s GDP will indeed reach 17.600 billion in 2014 against 17.400 billion for the United States. These data are calculated using the method known as “purchasing power parity”, which is economically significant. It measures the purchasing power of different currencies in a common unit as opposed to changes in exchange rates. Now China represents 16.5% of the global economy in terms of real purchasing power, ahead of the US, 16.3%.

According to IMF estimates, the gap should continue to widen in the coming years. By 2019, China would reach more than 26,800 billion of national wealth, against just 22,000 billion for the United States.

The United States had become the leading economic power in 1872 after overtaking Britain. In April 2014, the World Bank had already announced that China will overtake the United States in terms of purchasing power parity.