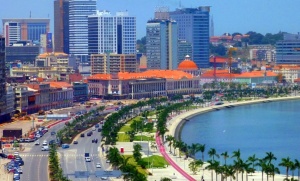 In Luanda, Everything is measured in dollars. Expatriates think twice before releasing their wallets. Everything comes at a higher price. For a cup of ice cream, RFI reports that the price is € 20, and twice for dinner at a restaurant. In fast food joints, the cost is € 11 for the basic formula, which cost is twice the price in Brussels. As for rents, they are expensive. According to RFI, the cost of single room is around € 2,500 per month and € 7,500 for a house. Since the financial crisis of 2008, the city attracts a new wave of immigrants from Portugal. People attracted by jobs and high salaries that correspond to the Angolan standard. Nine (09) others Africa countries are in the top 50 of the world ranking.

Ndjamena, the capital of Chad is not less than the second most expensive city in the world in the Mercer ranking. It is at the same level as Hong Kong, Singapore, Zurich, Geneva and even Tokyo.

Victoria, the Seychelles’ capital is the 13th most expensive city. Located on the largest island of the archipelago in the Indian Ocean, these islands have become a playground for expatriates who are bored in Dubai, a few hours by plane. Luxury yachts and dream villas result in very expensive bill in any hotel or restaurant, noted RFI.

Libreville Gabon’s capital comes 19th, according to RFI, after New York and just before Kinshasa despite its 20% unemployment and 33% of poverty.

Kinshasa, the capital or DRC is one of the most expensive cities in the world. RFI estimates at one hundred dollars, the price of a dinner in a fancy restaurant or a taxi hired for the day.

Lagos, the capital of Nigeria and its 12 million peoples is the 25th most expensive city in the world. No two rooms is less than € 1,300 a month, payable in advance for 24 months, not including the generator, which pumps diesel at least at € 5 Euros.

Bamako, Mali’s capital became the 29th most expensive city in the world, just after Brazzaville, since the deployment in June 2013 of United Nations Mission for the stabilization of Mali (Minusma). Around 12,600 workers and Blue Berets of UN mission has driven up prices.

Conakry: classified as 34th most expensive city in the world, the capital of Guinea won 12 seats in 2014 in the Mercer ranking, reported RFI. Luxury apartments for expatriates, with water, electricity and security are rented at € 2000 per month, while a teacher with a salary of € 35, can barely buy two bags of rice a month.

Dakar, the Senegalese capital is the 40th most expensive city in the world. Money is spent at full speed. New housing in downtown is sold at € 1,500 Euros per square meter. A teacher in Senegal earns not more than € 300 per month, while a minister earns 6 times the salary of a teacher.