Belgium has decided to suspend its €160million aid agreement that it signed with Rwanda because the latter has failed to attain the targets agreed upon. According to the agreement signed in 2011, Rwanda should be receiving an annual €40million aid for a period of four years and an additional €40million if it met the various targets. 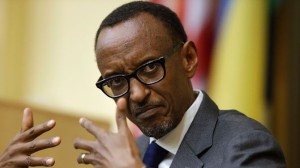 The decision to hold on to the aid is due to the government’s failure to meet the targets set for the freedom of the press and good governance. Rwanda has not reacted to the decision but the finance minister Claver Gatete mentioned that discussions are ongoing for the payment of the extra money with Belgium and there have been no issues for the moment.

A diplomat at the Belgian embassy in Kigali said although the country has made some improvements in press freedom and governance, it has not reached the level agreed upon by both parties. Rwanda is ranked 162 out of 180 countries in the 2014 Reporters Without Borders media freedom index. Critics accuse Kagame of trampling on media and political freedoms.

The loss of the €40million in aid will come as heavy blow to President Kagame because the country’s economy depends on outside support. His government has also lost financial support from some western countries due to allegations that he has ties with the M23 rebels in neighboring Congo.

Rwanda has been emerging as a prosperous nation with impressive growth rates. A recent study by Legatum Institute ranked it as the 8th prosperous country in the continent among the 38 African countries that were taken into consideration. The report stated that “Rwanda deserves credit for actively encouraging women to play a central role in shaping the future of their country.”