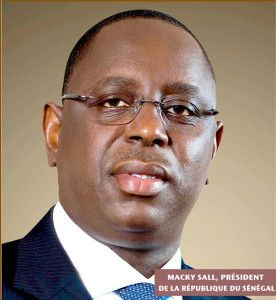 The Senegalese Head of State, Macky Sall wants to implement the promises made during his presidential campaign in 2012.

By instituting a law to fight against fraud and corruption, Macky Sall wants to stay on its logic: sober and virtuous governance”.

He has received in audience a few days ago, the president of the National office for the fight against fraud and corruption (OFNAC), she complained that the members of the government are delaying to declare their assets in accordance with the senegalese constitution.

As requested by the Head of State, the President of the OFNAC) Nafi Ngom Keita had appealed to the authorities managing budgets of over a billion must declare assets.

“We are not trying to create problems for people. We are just trying to do our job. It is a law passed by the National Assembly, which establishes the declaration of assets, “she said. Nafi Ngom Keita reassured the concerned people that all measures are taken to ensure that there will no leakage of information about the assets reported.

According to the Senegalese daily newspaper La Tribune, the Head of State has “ordered the ministers to comply by the end of the year. These ministers have seven days to list their assets, “said La Tribune.

On the institutions Day celebrated last Tuesday, the Senegalese Head of state has set an ultimatum of one week to ministers that are slow to make their assets declaration and threatened to fire ministers who are unable to defend their policies before the MPs.