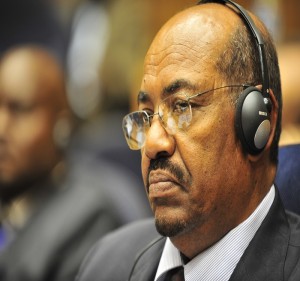 The Sudanese government has hardened its position against the U.N as it ordered Resident Coordinator Ali al-Za’tari and Country Director Yvonne Helle, both of the United Nations Development Program (UNDP), to leave the country. The decision was not welcomed by the U.N. which was aware that Sudan was against the presence of U.N agencies and peacekeeping missions on its territory.

Last month, President Bashir ordered the peacekeepers from the joint UN-African Union Mission in Darfur (UNAMID) that has been present in the country since 2007 to leave describing them as a “security burden.”

The reasons behind the expulsion of the two UNDP officials were not yet made public and Sudanese officials declined to comment on the matter. UN spokesman Stephane Dujarric said they have filed a protest with the Sudanese government. Prior to the decision, President Bashir closed the human rights office of UNAMID and informed them to work on an exit plan out of Sudan.

International observers are worried that such decisions are being made at a period when the situation in Darfur is worsening. Conflict erupted in Darfur in 2003 when mainly African tribes took up arms against the Arab-led government in Khartoum, accusing it of discrimination. The ensuing brutal war led to the secession of South Sudan from Sudan. Recently, peace keepers have been barred from going to Tabit village in Darfur after alleged mass rapes by Sudanese soldiers.

Although the U.N has not made any formal decision, a standoff is likely to emerge in Sudan after the head of the UN peacekeeping forces said that they might not leave because conditions in Darfur are not promising.