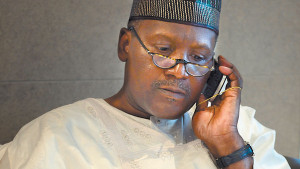 The multimillionaire and famous Nigerian business tycoons Aliko Dangote will invest in agriculture. After the announcement of the largest tomato processing unit of the continent in Kano State, the group is now attacking rice production.The company has acquired 150,000 hectares across five states of Nigeria (Edo, Jigawa, Kebbi, Kwara and Niger State) for cultivation and will install two production units with a total capacity of 240 000 tons in the country.  He announced the goal of doubling that capacity in two years.

Like cement, demand for rice among Nigeria’s 170 million population is huge, so he won’t need to think about export. Dangote estimates the current rice deficit at 2 1.2 million tons a year.

According to the group, the project will be the largest single investment in the area of rice production in Africa. But the company is not limited to this performance. Indeed, it is for Dangote to produce about 950 000 tons of rice, 45% of total imports from Nigeria.

Commending the company for building a strong industrial base in Nigeria, President Goodluck Jonathan, who presided over the ceremony said: “It takes a lot of hard work, commitment and discipline to achieve the feat, accomplished by Aliko Dangote. The country is capable of producing rice that can feed the whole of West African sub-region.”

Dangote says his own factories will soon be producing more fertiliser than Nigeria could ever need 2.8 million tons a year which would cut out the need for imports altogether.

His plans for a 400,000 barrel-per-day oil refinery and petrochemical plant remain on track, he added.

Rice smugglers from neighbouring Benin, Niger and Cameroon are the biggest threat to his business model, Dangote complains, but it still stands to be highly profitable.