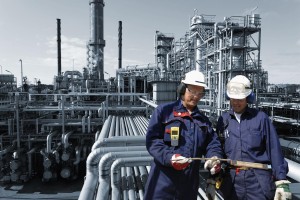 But production in this field is beginning to recover thanks to the construction of two gas compression units that are expected to maintain the production plateau of this mega field, while Sonatrach also provides a third compressor unit to boost extraction .

gas projects that will be developed in partnership by 2019 are Touat Gas with the French group GDF Suez, South In Salah with BP and Statoil and Reggane Nord with Repsol, RWE DEA and Edisson.

The announcement of the increase in perspective of production comes at a time when Egypt and Argentina show up as new major markets in the medium term for the Algerian natural gas.

Algeria is located about 131 billion m3 of natural gas production in 2014, including 27 billion m3 exported by pipeline and 28 million m3 in the form of LNG.