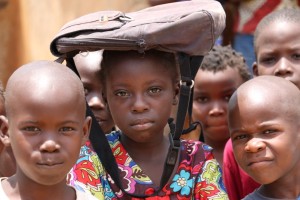 The humanitarian emergency in drought-ravaged West Africa will worsen in coming months as the food crisis, which has already claimed young lives, enters its most severe period. The United Nations and humanitarian partners launched an appeal on the 12th February 2015 for nearly $2 billion to provide vital humanitarian assistance to millions of people in nine countries across Africa’s Sahel region. According to an official statement released by the institution.

“I am gravely concerned by the crisis in the Sahel. Families are extremely vulnerable to changes in the climate and many are affected by insecurity and the precarious economic situation in many countries,” said UN Emergency Relief Coordinator Valerie Amos.

“We need the support of the international community and sustained government leadership to ensure that we do not forget the people of the Sahel,” she added.

According to United Nations Office of Statistics for the Coordination of Humanitarian Affairs, more than twenty million people in the region are short of food, 2.6 million of whom need life-saving food assistance now; and nearly six million children under the age of five are expected to suffer from acute malnutrition in 2015.

“The escalation of violence is a very disturbing trend that threatens the hard-won progress to break the recurring cycle of increasing needs in the Sahel,” said Robert Piper, the Regional Humanitarian Coordinator for the Sahel.

“Violence in north-east Nigeria, the volatile situation in Mali, and the crisis in the Central African Republic are creating more suffering for communities that are already amongst the poorest in the world,” he added.

Burkina Faso, Cameroon, Chad, Gambia, Mali, Mauritania, Niger, Nigeria and Senegal are countries concern by this new aid program. According to the statement, these countries live in a region that is constantly challenged by chronic food and malnutrition crises, and is vulnerable to climate change, droughts and unpredictable rainfall.