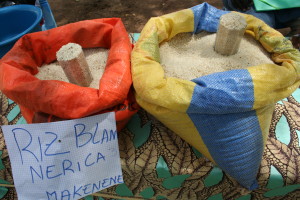 In fact, Senegal imports the majority of its food including rice and its self-sufficiency rate in food is still low, despite the increasing of the crop yield year by year. Moreover, the food shortage become more serious because of the impact of climate change on the rainy season in recent years. This is why 8,000 tons of rice are granted to consolidate food security based on the Senegalese Government request.

” Since 1979, Japan continues to provide such assistance to support the Government of Senegal’s efforts to reduce the deficit in food production, ” said Takashi Kitahara.

The Minister of the Economic, Finance and Planning, Amadou Bâ said that Japan has always shown its willingness to participate in Senegal’s development efforts with the goal of transferring experience to sit ‘a true policy food self-sufficiency. ”

” This should allow us to avoid food crises we often impose climatic hazards and disruption of the global market, ” said Amadou Ba.