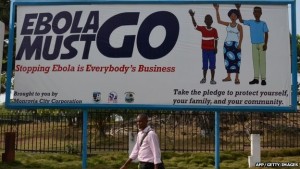 The presidents of the three countries stricken by Ebola have called for international help at an international conference in Bussels attended by more than 60 delegations amongst which were the European Union, China, the United States, Cuba and Australia, the United Nations, the World Bank. The number of Ebola related deaths could reach 10,000 before it is eradicated as the World health Organization estimates 9,700 deaths already.

President Ellen Johnson Sirleaf of Liberia said “significant resources, even a Marshall Plan” will be needed by the affected to countries to upgrade their health sectors and revive the economy after she describing the latter as “the most important long-term response.”

The number of new cases has drastically fallen but Sierra Leone’s president Ernest Bai Koroma said victory is still far away and the aggressive combat and “guard against complacency” must continue. The affected countries want to eradicate Ebola by mid-April.

There are hopes that Ebola can be reduced to zero levels because Nigeria, Senegal and Mali were all able to wipe it out after registering cases. UN Ebola envoy David Nabarro said new cases have fallen to 100 a week but coastal areas in Sierra Leone and Guinea seem to be having high numbers of infected people.

World Bank estimated that the three most affected countries could lose 12% of their combined gross domestic product this year and Oxfam supports the implementation of a program similar to the Marshall plan in the region.

On Monday, the International Monetary Fund approved around $187million debt relief fund for Sierra Leone and almost half of the month will be transferred as soon as possible. Countries around the world have so far pledged $4.9 billion to fight Ebola, with $2.4 billion disbursed until now, officials said.