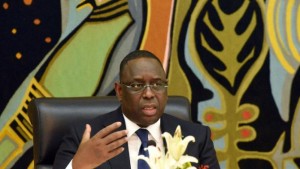 President Macky Sall of Senegal has revealed that he is planning to organize a referendum in May next year to reduce the presidential mandate by two years.  His announcement might come as a surprise to most of his counterparts in the world especially in Africa where presidents prefer hanging on to power for ages.  Sall said he wants to “set an example” for other African countries.

The Senegalese could therefore decide in 2016 if the seven year presidential mandate will be reduced to five years. President Sall has promised that he will apply the outcome of the referendum to his current mandate which started in 2012.

African Heads of State are notorious for staying in power for a long period of time and some have gone as far as changing the constitution to retain power. Last year, Blaise Campaore of Burkina Faso was obliged to flee when he tried to amend the constitution after 27 years in power. Popular uprisings in Tunisia, Egypt and Libya also ended the regimes of Ben Ali, Mubarak and Gadhafi. Political tensions are high in Benin, Rwanda, Burundi and Congo-Brazzaville because the presidents are trying to change their countries Constitutions to compete for a third term in office.

Sall said “we have to understand, in Africa too, that we are able to offer an example, and that power is not an end in itself.” The Senegalese President vowed to concentrate on other aspects that will help strengthen Senegal’s democracy.