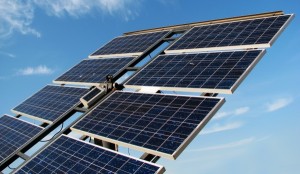 The Zambian government, in partnership with China, plans to install over 4,000 solar powered hammer mills nationally in a bid to curb rising mealy meal prices. This action aims to bring down the price of flour in the country.

Solar mills will be provided by the China Non-Ferrous Corporation, a Chinese mining company based in Zambia.

“The Zambian government has resorted to assistance from China because of the increase in the price of flour due to privatization of the sector. We hope to be able to stabilize these prices because the solar lessen the cost of operating mills, “said Grayford Monde, Deputy Minister of Agriculture and Cooperatives to ITWeb Africa.

He said the solar power technology will make it easy for the hammer mills to operate, even in remote areas which are not connected to the national grid.

Monde, who refused to disclose the cost of the hammer mills, told ITWeb Africa that the Zambian government wants to stabilize the cost of mealy meal prices in the country in order to protect consumers from being exploited by millers.

Just last month, the price of flour has been a sticking point between the millers and the government. The authorities had announced a reduction in the price of flour 2,000 Kwacha (about 0.37 dollars). Not only millers have not applied this reduction, but have increased the prices by the same amount