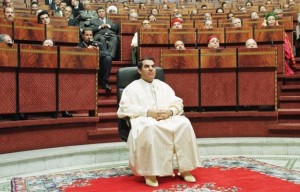 Tunisia’s ex-president who was removed from power through a revolution has been sentenced to life in prison by a military court with more than 30 security officials handed different sentences. They are found guilty of playing a role in the killings during the revolution but the families of the victims are not satisfied with the sentences.
The reaction of the families present in the court room was sudden as the judge gave his ruling. They shouted that “all those convicted should have got life in prison” because only Ben Ali had a life imprisonment with other sentences ranging from 5 to 20 for the other convicted officials of his regime who were mainly security officials.
The state of justice has been deplored by the Association of the Families of Martyrs as its president, Lamia Farhani, cited the state of lawlessness. She claimed that there is neither law nor justice in Tunisia after the court ruling. More than 300 people lost their live during the uprising.
This last ruling is one of the many rulings which have sentenced Ben Ali in absentia after three previous rulings found him guilty of embezzlement, illegal possession of weapons and narcotics, housing fraud and abuse of power amounted to more than 60 years of jail service.
Ali Seriati who served as a top security aide, the defense minister during the revolution, Ridha Grira, and Ali Boudriga who also served as the ministry of the interior will also be serving 20 years, 15 years and 10 years respectively.
One of the attendees at the court threatened that they “will have revenge” because they “won’t stand silent with…arms crossed.”