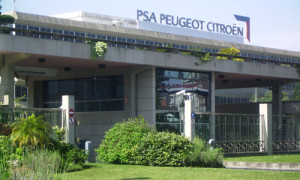 The French automaker PSA Peugeot Citroën is studying the installation of a plant in sub-Saharan Africa, reports the French newspaper Les Echos in its issue of 23rd March, citing the director of the Africa-Middle East region group, Jean-Christophe Quémard.

“We are looking at an industrial plant. Nothing is decided, it is a working hypothesis. The objective would be to supply the African market, “said Mr. Quémard, without specifying the country that could accommodate the new plant.

“Africa is one of the best growth potential with South-East Asia. We can not be paid due attention to these markets, “he added.

PSA, which was announced in July 2014 signed an agreement to assemble and sell Peugeot vehicles in Nigeria, estimated that sales of new cars in the Africa-Middle East region is expected to reach 8 million vehicles in year 2025, against about 5 million in 2014.

According to estimates of PSA, sales of new cars in the Africa-Middle East region are expected to rise to 8 million vehicles in 2025, against 5,000,000 today. The automaker last year signed an assembly agreement with PAN Nigeria to return to that country considered promising. To go further, he even studied the creation of a plant. “We are looking at an industrial plant. Nothing is decided, it is a working hypothesis. The objective would be to supply the African market, “says Jean-Christophe Quémard.

“If the Maghreb remains an area of influence, the Lion brand has lost ground in sub-Saharan Africa for the benefit of the Japanese and Koreans, especially Toyota, which dominates the area. In particular, it has lacked a suitable offer from the shutdown of its 504 pickup” said the newspaper les Echos.