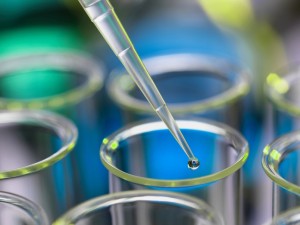 A voluntary trial of an Ebola vaccine has begun in Guinea on Wednesday amid fears of violent reactions from communities fearful about healthcare workers’ intentions in a country where resistance to the anti-Ebola campaign has been strongest. VSV-EBOV is a vaccine developed by the Public Health Agency of Canada and earlier small safety trials have yielded positive results.

A ‘ring vaccination’ strategy is being used for the trail and around 10,000 people in 190 rings are expected to be vaccinated within the next six to eight weeks. Those who are vaccinated will be monitored for 3months.

Dr. Sakoba Keita, the national coordinator of the Ebola fight in Guinea, said they are committed to bring an end to Ebola in collaboration with their partners and to start rebuilding the country. The vaccination trial is spearheaded by the government and World Health Organization (WHO) while NewLink Genetics and Merck are serving as collaborators on the vaccine. It is taking place in the Lower Guinea.

Residents have in the past attacked healthcare workers with stones and machetes amid rumors that they were plotting to contaminate them with the virus or that they had invented the disease as part of a plot to harvest their organs in Ebola treatment centers. Such opinions within the communities have forced Red Cross’s Africa director Alasan Senghore to say that “realistically it will take towards the end of the year (to end Ebola).”

Ebola has killed more than 10,000 people across Guinea, Liberia and Sierra Leone and WHO announced that it has recorded the lowest weekly total of new cases so far this year. A U.N. health agency said in its weekly report that there are still worrying signs that the disease is not yet under control in Guinea.