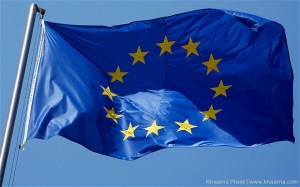 European Union (EU) has announced on the 25th March, to provide an additional aid of 160 million Euros to Guinea-Bissau in order to “strengthen democracy” and to boost the economic recovery in this small country of West Africa.

The new funds are intended to “support the fisheries policy, civil society, human rights and democracy” and the “land governance” and “regional programs” according to a statement from the European Commission.

The new aid is in addition to a budget of € 127 million that will be granted to Guinea-Bissau by 2020 under the European Development Fund.

“Guinea-Bissau has made significant progress over the past year, starting with the holding of peaceful and credible elections. We want to encourage positive trends and lend our support to the new government in rebuilding the country, “said the representative of European diplomacy, Federica Mogherini quoted by a news release.

The EU has also finally lifted the restrictions it has imposed on cooperation with Guinea-Bissau in July 2011, following a military coup.

“Every effort must be deployed so that Guinea-Bissau will no longer be a burden on the international community but will instead become an example to be followed,” Guinea-Bissau President Jose Mario Vaz told the conference.