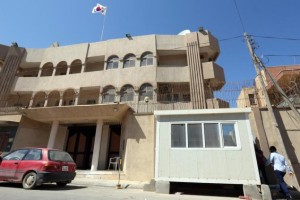 South Korea’s Embassy was attacked by unidentified gunmen on Sunday but the ISIS group in the country has claimed responsibility. Libyan nationals working at the embassy were killed during the attack but none of the South Korean diplomats was hurt. The attack was in form of a drive-by shooting.

Colonel Mabriouk Abu Zahir, the head of the Diplomatic Security Department at the Libyan Interior Ministry, said the attackers used a car without a license plate and “fired a volley of bullets at the building” before fleeing. He told the state news agency LANA that a guard and a passer-by were killed while another guard remains seriously injured.

Meanwhile South Korea’s Ministry of Foreign Affairs is refusing to speculate about the reason behind the attack stating that the twitter message used by the group claiming responsibility “did not include any other expression in regard to Korea, it just said that it eradicated the guards, thus it is unclear if they specifically targeted the Korean Embassy.”

It is also still unclear if the targets of the attack were the guards posted at the embassy or the South Korean diplomats although the two-story building serving as the embassy remained undamaged with the outer wall of the building bearing impacts of bullets.

This is not the first time diplomatic missions in Libya have been attacked. Western and Arab embassies have been victims in the past. Majority of the countries have transferred their embassies out of the country. Seoul said it could temporary relocate its embassy operations but didn’t give much detail.

Security around the embassy premises has been reinforced and the local police would review CCTV footage as part of efforts to trace the attackers.