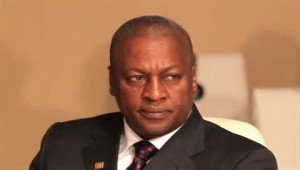 The  government of Ghana has decided to advance to the end of June, the date of issuance of its new Eurobond of one billion dollars, originally scheduled for the second half 2015, announced the chairman of the parliamentary finance committee, James Avedzi on April 13th.

Mr. Avedzi also revealed that his country has waived a loan-relay (Bridge finance loan) in the amount of one billion dollars. The bridge loan is a loan contracted to cover urgent expenses in anticipation of a future recipe that will provide a refund as the issuance of bonds or other securities. This type of loan is necessarily short-term and expensive.

Ghana’s Minister of Finance, Seth Terkper, has announced in early March that his country was considering issuing a Eurobond of one billion dollars in 2015 to repay part of its debt that will mature in 2017.

Ghana had already lifted in September 2014 a billion dollars through a Eurobond with a lower coupon than expected by analysts. The rate of Eurobond stood at 8.125%, a performance for this country of West Africa whose currency, the cedi, fell sharply against the dollar.

Ghana’s GDP grew by about 7.5% per year over the past decade, thanks to large exports of gold, cocoa and oil which the country began producing in 2010. But Growth is expected to slow down sharply in 2015 as the government is struggling to contain inflation, the budget deficit and the debt to GDP ratio.

The International Monetary Fund (IMF) has approved on April 3rd, 2015 a disbursement in favor of Ghana assistance of $ 918 million to support the economic reforms plan in the medium term for the government.