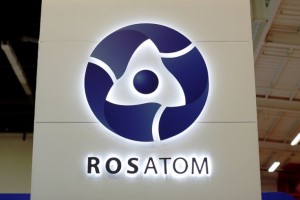 Nigeria Atomic Energy Commission Chairman and Chief Executive Officer, Franklin Erepamo Osaisai has stated that the first nuclear powered plant in the country will be operational by 2025. Nigeria is one of the major exporters of oil in the country but the domestic market has often been faced with shortages and power cuts are also frequent. Osaisai said plans are being “meticulously” implemented for four nuclear power plants worth around 20$ billion to be built.

The plants will be built by Russian company Rosatom Corporation and reports have claimed that Nigerian officials met with the company in March to further discuss the subject within the framework of a 2009 intergovernmental cooperation agreement. Osaisai said that a joint coordination committee has been established and negotiations for financing and contracting have not been concluded and no memorandum regarding the development of a nuclear plant has been signed yet.

According to Osaisai the plants will be financed by Rosatom, which will then build, own, operate and transfer them to the government. There will be “a power-purchasing agreement for the nuclear plant” between the partners but the controlling stake will be held by the Russian company.

Nigeria is Africa’s biggest economy. Its highest electricity capacity is around 3,800 megawatts but a further 1,500 megawatts remains unavailable due to gas shortages. The country’s generated power from the nuclear power plants is expected to reach a total capacity of 4,800 megawatts by 2035 with each of the four nuclear plants producing 1,200 megawatts.

Africa’s sole nuclear power station is in Koeberg, South Africa, and it is owned by state-owned Eskom Holdings SOC Limited.