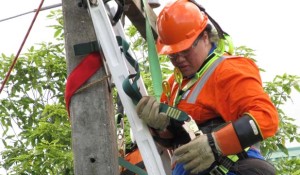 The Trustee Council of Tunisia in collaboration with the National Agency for employment and self-employment prepares the realization of an energy program that will generate about 25,000 jobs. This announcement was made by Seifallah Ben Mansour, secretary general of the council.

Titled “Monsieur Energie”, this energy saving initiative will monitor energy equipment in public institutions to ration their consumption and reduce energy costs. It will be launched this Monday at Carthage Palace before its generalization to other public and private entities in the country.

The cost of 25,000 employees hired under this program will be covered by the savings from its implementation. These savings will add to the $ 14 million that the country will set aside through the development of various power generation projects based on renewable energy.

Note that in Tunisia, the unemployment rate recorded during the first quarter of 2014, had a slight decrease of 0.1%, compared to the fourth quarter of 2013 from 15.3% to 15.2%, according to results from the National Survey Population and employment revealed by the National Statistics Institute (INS). Thus, the number of unemployed people has amounted to 605800 of the total active population, estimated at 3,998,300.