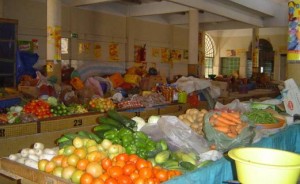 The trade balance of Algeria has recorded a deficit of $ 1.73 billion in the first quarter of 2015, against a surplus of $ 1.83 billion in the same period in 2014, has announced the National IT Centre and Customs Statistics (CNIS) on the 20th April.

Exports have provided coverage of imports only up to 87% during the first three months of 2015 against 113% over the same period of the previous year.

The hydrocarbon exports, which accounted for nearly 94% of total exports have reached 10.62 billion US dollars in the first three months of the current year against 15.56 billion dollars during the same period in 2014, a decrease of 4.94 billion dollars (-31.75%), due to the fall in oil prices on the international market.

The countries of the European Union (EU) are the main trading partners: 49.37% of Algerian imports were made to the EU, while 73.4% of exports were destined to this area.

The main clients of Algeria, in the 1st quarter 2015 are Italy, followed by Spain, France and Britain, while China still maintains its position as the leading provider in the country, followed by France, Italy and Spain.