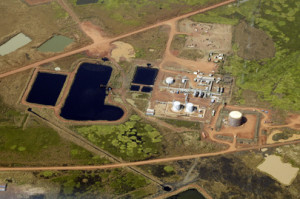 More than a year after South Sudan became independent from Sudan, the two countries have not yet reached agreement on their oil and border disputes and no progress seems likely in the meeting they are currently holding in Ethiopia in a bid to resolve these disputes.
At this meeting, South Sudan has offered Sudan more than $3bn in compensation for economic losses caused by the South’s independence and proposed to increase the transit fee to move its oil through Sudan but Khartoum dismissed the offer as “nothing new”.
The new offer, termed by the South Sudanese negotiators as the “last offer” to resolve the two countries’ disputes includes an annual compensation package of $3.2 billion to help Sudan cover a budget deficit resulting from the loss of three quarters of its oil production to South Sudan when the latter seceded in July last year. Juba would also pay Khartoum 9.10 US dollars for every barrel of oil that passes through pipelines owned by the China-led Greater Nile Petroleum Operating Company (GNPOC), and 7.26 US dollars for every barrel of oil that passes through PetroDar pipelines.
South Sudan also said it will waive its claim to nearly $5bn for overdue oil payments before its independence and for oil Sudan confiscated after independence.
The offer also outlines security and border arrangements including arbitration mechanisms for determining which country owns several disputed areas and includes a new proposal to hold a referendum organized by the African Union and the UN on the status of Abyei.
Sudanese negotiators on Monday dismissed the offer as carrying “nothing new” and said South Sudan is not serious to reach a negotiated solution. The south’s offer was nothing but the combination of previous offers in one document, they said.
Sudan had rejected a previous offer to get 2.6 billion in financial compensation and insisted on getting $32 for every barrel of oil transiting through pipelines on its territory. As to the $5bn claim, Sudan says it took the oil in lieu of unpaid transit fees.
Regarding the proposed referendum on Abyei, Sudan views the proposal as an attempt on the part of Juba to refer the dispute to the international community.
It also argues that the fact that South Sudan shifted from direct to AU-mediated talks means that the process is now back to the starting point.
This new impasse comes few days before the expiry of a deadline set by the UN Security Council which threatens to decree non-military sanctions against both sides if they fail to meet the deadline of August 2. According to press reports, Khartoum and Juba appear to be headed towards filing a joint request to the UNSC to extend the deadline.