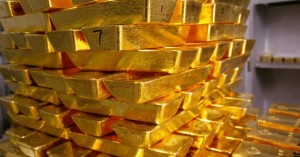 Randgold Resources Ltd said on Tuesday it will take over the underground mining at the Yalea and Gara mines at the Loulo project in Mali and asked the government to implement a mining code and a business-friendly tax and fiscal regime.

In a statement issued following a tour of the complex, the company’s CEO Mark Bristow said Loulo had already contributed almost $700-million in taxes, royalties and dividends to Mali, and had injected an additional $1.9-billion into the economy through payments to local suppliers, contractors and employees.

“The complex has already contributed almost $700 million in taxes, royalties and dividends to the State, and injected an additional $1.9 billion into the economy through payments to local suppliers, contractors and employees. Randgold is continuing to fund the investment of the substantial capital programme at Loulo, not only in the development of Yalea and Gara, but in a wide range of projects designed to upgrade and enhance the operation and extend the life of the mines.”

“These include the transition to owner miner status as well as the medium voltage plant installation which will increase Loulo’s power generation capacity at a competitive price. We are also growing the reserve and resource base through ongoing brownfields exploration to replace the depletion by mining. Ongoing exploration has identified a potential high grade target at Yalea Ridge – South and extensions to the Yalea orebody, while the resource conversion potential at Gara could add 600 000 ounces to the inferred resources,” he said.

Bristow said Randgold remained committed to working in partnership with the Malian government and people to build the industry and the sustainable benefits it is capable of generating.