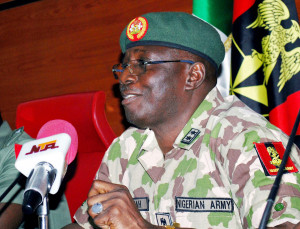 Boni Yayi told reporters that his country will show “solidarity” with its “brothers in arms” in the region by sending “a contingent of 800 men … to permanently combat these outlaws.”

“This is an opportunity for Benin to express solidarity to countries on the front line against the Islamic sect Boko Haram,” Yayi Boni said in a media briefing broadcast on state television.

The decision to form a regional force to fight the terrorist Boko Haram group was made last February by Nigeria and a group of neighboring countries, including Chad, Cameroon and Niger. Benin had then promised to provide 250 men to the 8,700 strong regional force. The Deployment of the regional force has however been delayed for lack of funds.

The force, based in Chad’s capital city of N’Djamena, will be led by Nigerian Major General Iliya Abbah who had been appointed to the position by Nigeria’s Muhammadu Buhari last week.

Boko Haram has claimed responsibility for a number of deadly shooting attacks, bombings, and kidnappings in Nigeria since the beginning of its militancy in 2009. The group has so far claimed the lives of some 15,000 people and displaced around 1.5 million from their homes.