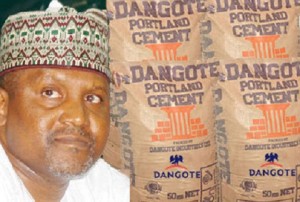 Dangote Cement plans to double investment in Zambia to around $900 million by building a second cement plant, the company’s vice-president said on Tuesday.

Dangote Cement Plc, based in Lagos, currently has about 40 million tons of operational capacity in countries including South Africa and Senegal as well as Nigeria.

The company’s newest plants in Cameroon, Ethiopia and Zambia will help achieve the new target, the billionaire said at the official opening of the 1.5 million-ton capacity operation in Ndola, Zambia on Tuesday.

“That’s also in progress and it will soon come up for commissioning,” Dangote group vice-president Sani Dangote told reporters.

“It will be of the same capacity as this plant,” Dangote said, without giving a time frame.

About half the 80 million tons capacity will be in Nigeria, Dangote said.

The company is building another new plant in Zambia with a similar capacity to the Ndola operation, Sani Dangote said.

The power problems facing Africa’s second largest copper producer would not affect Dongote’s production because the company had built its own 30 megawatt power plant, he said.

The group is competing with European cement makers including LafargeHolcim Ltd. and HeidelbergCement AG in Africa.

According to the half results released on the floor of the Nigerian Stock Exchange last weekend, the cement company achieved a 20.23 per cent growth in profit before tax.

Speaking on the results, CEO of Dangote Cement, Onne van der Weijde, said “Our new plants have made excellent starts across Africa in the first half of 2015 and our operations now stretch from Senegal across to Ethiopia and down to South Africa, making us a truly Pan-African leader in cement.