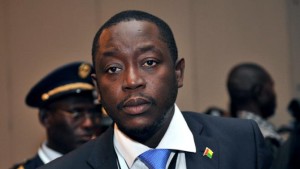 Guinea-Bissau’s new Prime Minister, Baciro Dja, has sacked the directors of the state-owned radio and television stations for what he called “bias” in their reporting on a recent government incident.

Dja, 39, a former minister and government spokesman, has yet to name the members of his cabinet, but swiftly announced the sacking of radio and television chiefs Muniro Conte and Paula Mielo for their “biased treatment of the political crisis” in the country.

The appointment last week of Baciro Dja, formerly minister of presidential affairs, was disapproved by some members of the ruling PAIGC who called for a public protest in the coastal capital of the small West African country.

The country’s parliament had also criticized the president’s choice for the position of Prime Minister and convened a special session to discuss the political crisis gripping the troubled country.

Earlier Tuesday, after 12 hours of intense debate in the National Assembly, the lawmakers adopted a resolution expressing “their disagreement with the nomination of Prime Minister Baciro Dja.”

According to the resolution adopted by 75 out of the 79 lawmakers attending the session of the country’s 102-seat parliament, the MPs decided to “attempt actions with a view to deposing the new Prime Minister.”

The lawmakers will present the resolution to President Jose Mario Vaz, and if he ignores it, they plan to take up the issue with the Supreme Court.

The former Portuguese colony has a long history of political instability and has suffered nine coups or attempted coups since 1980, the most recent of which took place in 2012. Elections last year returned the country to democratic rule and unfroze international aid.