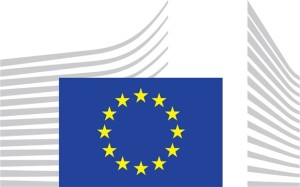 The European Commission head Jean-Claude Juncker said on Wednesday that the European Union (EU) is setting up a €1.8 billion trust fund to help curb the influx of desperate migrants from Africa seeking a better life in Europe.

In a speech before the European Parliament in Strasbourg, France, Juncker said the new fund is “to address the crises in the Sahel and Lake Chad regions, the Horn of Africa, and North of Africa”.

“We want to help create lasting stability, for instance by creating employment opportunities in local communities, and thereby address the root causes of destabilization, forced displacement and illegal migration,” he said.

The fund would focus on northern Africa and the Horn of Africa countries like Eritrea, Ethiopia and Somalia.

Around 100,000 migrants have been rescued so far this year crossing the central Mediterranean from northern Africa.

The draft text says the EU also expects the 28 member states to provide money for the plan.

The Commission proposes to share 120,000 people in need of international protection between EU countries, as well as an additional, permanent plan obliging countries to share refugees in times of future emergency.

Most of the refugees flooding into Europe are fleeing war in Syria but waves of so-called economic migrants from many other countries have joined the flow.