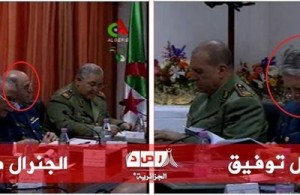 The dismissal of Algeria’s head of intelligence, Mohamed Mediene, is “one of the biggest political shake-ups in the North African country’s recent memory “, says the BBC in a feature shedding lights on this politically seismic event.

It is not clear if he was actually sacked or retired, but “his exit has left some observers breathless as they speculate about what his departure means for Algeria’s rulers – both present and future, given that the 78-year-old president is ailing and is rarely heard from”, stresses the British Broadcasting Corporation.

Known by his alias “General Toufik”, the 76-year-old man is said to be one of the longest-serving secret service chiefs in the world. Trained by the Soviet KGB in the 1960s, he oversaw Algeria’s Intelligence and Security Directorate (DRS) for 25 years.

General Toufik headed the DRS in 1992 when a general election won by an Islamist party was spoiled by the military – and the intelligence service played a leading role in the civil war.

The DRS is notorious entity that routinely collected state and civilian secrets that it could use against enemies in the future.

According to the BBC, “it is not unusual for intelligence chiefs to be cloaked in mystery, but perhaps unlike his regional counterparts, the extent of the general’s influence and his power in Algeria has reached an almost mythical level”.

The mysterious General has rarely been captured by a camera lens and few outside the circle of power have personally met or spoken to him.

One observer on Twitter was quoted by the BBC saying: “Bouteflika, the man who no longer speaks publicly, dismissed Toufik, the man who never appears in public.”

But what is known about the general is that he was both feared and supported because of his role in the “war on terror”, adds the BBC in its analysis wondering what does his removal mean for Algeria?

There has been a gradual purge in the country’s security elite over the past two years. The DRS’s most senior generals have been sacked, arrested or “replaced” one by one in recent months, says the British public service broadcaster.

Gen. Mediene’s replacement, Major Gen. Athmane Tartag, is seen as a close ally of President Bouteflika and has served as his security adviser for the last year.

According to the BBC, few people are willing to speak on the record about the latest changes, but observers generally believe the spy chief’s dismissal is connected to Bouteflika’s post era

The fired secretive General is believed to have opposed President Bouteflika’s decision to run for a fourth term. After surviving a stroke in 2013, the Algerian, 78, has rarely been seen, fuelling speculations in local and international media over his ability to serve out his mandate, which ends in 2019.

Some analysts may argue that the recent sackings top Generals are part of a wider plan to “demilitarise” the country. Yet, the North African country’s history shows that the military has always played a key role in Algeria’s political and economic life.

For Washington, Paris, Madrid and other international superpowers, this deep military shake-up and shift in power come at a sensitive time as the country, a top gas supplier to Europe, has become a partner in the terror war against Islamic militants.

They have a lot of interests at stake in Algeria. They look apparently anxious because they fear that such changes might trigger violence and undermine the country’s stability.