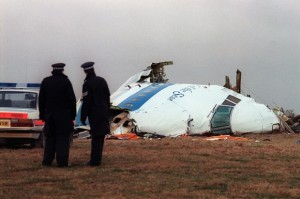 the Scottish prosecutors indicated that they have strong law basis to name the two Libyans as suspects.

“The two individuals are suspected of involvement, along with Abdelbaset Ali Mohmed Al Megrahi,” the prosecutors said in a statement.

The prosecutors are seeking cooperation with the Libyan Attorney General in Tripoli to hear the two Libyans.

“The Lord Advocate and the US Attorney General are seeking the assistance of the Libyan judicial authorities for Scottish police officers and the FBI to interview the two named suspects in Tripoli,” the statement said.

The two Libyans have not been named but according to several media reports, the two men are Abu Agila Masud and Abdullah al Senussi, both of whom are under the custody of the Libyan government in Tripoli because of their involvement in crimes they committed during Gadhafi’s rule. Abu Agila Masud is serving a ten-year jail sentence while Senussi is in the death row.

Abdelbaset Ali Mohmed Al Megrahi is so far the only accused in the probe. He was released in 2009 after being diagnosed with terminal cancer and following the then Libyan ruler Muammar Gaddafi’s agreement to pay $2.7 billion in compensation to the victims’ families.

Megrahi would die three years later, in 2012 in Libya.

270 people including 259 passengers mostly Americans and 11 Lockerbie inhabitants were killed in the plane explosion as it was flying over the Scottish town, 30 minutes after taking off from London bound to New York.