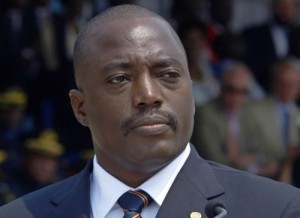 The statement broadcasted on state-run television said the nominees, will administer the 21 new provinces created in July from six of Congo’s previous 11 provinces. The other five older provinces were untouched in the decentralization initiative.

Two deputy commissioners were also named in each province to oversee economic and political matters.

Opposition leaders say the nominations aim to reinforce Kabila’s hold on security and revenue flows in the provinces ahead of a presidential election due in November next year.

DR Congo has been marred by political tension since Kabila’s contested re-election in 2011. None of the votes that were scheduled to be held since then have gone ahead.

The United Nations envoy to DR Congo warned this month that Kinshasa was clamping down on the opposition, stressing the importance to have a credible, balanced electoral process.

Congo, Africa’s biggest copper producer and the world’s largest source of cobalt failed last week to organise the first of six elections that will culminate in the vote for a new president.

Opposition groups say that the packed election program is designed to allow Kabila to extend his presidency beyond a second term, which should be his final one, according to the Constitution.

There had been speculation that Kabila – like other sitting presidents in Africa – would change the constitution to allow him to stand for a third term.