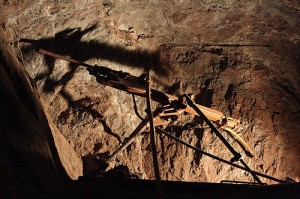 A total of more than 500 mining licenses have been awarded by the Sudanese government to companies interested in producing chrome in the border state of Blue Nile close to South Sudan’s border; despite the persisting violence within the two neighboring countries which has led to the fleeing of people living within the area. The United Nations puts the figure at 600,000 taking in to consideration the displacement of citizens from both countries.
The mining ministry has however ignored the circumstances surrounding the Blue Nile and more than 55 firms have shown their interest to the chrome production offer. Kamal Abdellatif, Sudan’s Mining Minister, confirmed the handing out of the licenses but didn’t mention anything related to the validity period of these licenses. The minister added that there are also plans to build a chrome processing refinery in order to improve the value of local production.
Critics are pointing out the lack of data. The country set last year’s production target to be more than 50,000 tons but it has not released any official information about it yet. Critics believe the absence of a reliable data on local chrome production will make estimations very difficult.
As the struggles for Sudan’s economy continue due to the halt in production of the oil wells in South Sudan therefore stopping the flow of oil through Sudan’s pipelines despite the conclusion of an agreement. Sudan heavily relies on oil production and it lost three-quarters of its oil production when South Sudan became independent last year. Nevertheless, Sudan is already boosting gold production and hopes to sell gold worth up to $3 billion this year.