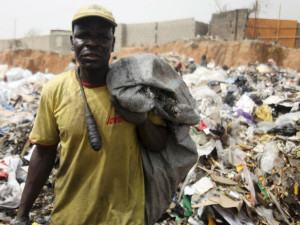 The office of the Nigerian Vice-President on Sunday revealed that one million extremely poor Nigerians would be direct beneficiaries of N5,000 monthly cash transfer.

The social welfare program which is to commence once the budget is approved by the National Assembly, adds to five social interventions that include the provision of one meal a day to school pupils in some selected states.

According to Laolu Akande, Senior Special Assistant-Media & Publicity in the Office of the Vice President, the social intervention scheme includes 500,000 direct jobs, which will see unemployed graduates being trained and deployed as volunteer teachers in their communities while still prospecting for jobs in their chosen professions.

“The President’s vision is to increase investments in human capital to guarantee security for all, employment and improved well-being of the people,” the Vice President’s media aide said.

He disclosed that the Presidency was aware that past attempts to address poverty had suffered because of insufficient political will, presence of various UN-uncoordinated initiatives and poorly targeted beneficiaries, among other factors. The Presidency is now working earnestly to avoid the pitfalls, he said, adding that the World Bank and the Bill Gates Foundation are collaborating with the presidency to develop the program.

The one-meal-a-day program is also being supported by the Imperial College in the UK through one of its agencies Partnership for Child Development, PCD.

Most Nigerians live in poverty despite the nation’s vast energy wealth and many are hoping that graft investigations will recover missing funds, a goal made all the more urgent because of the oil price collapse that has eroded government revenue.