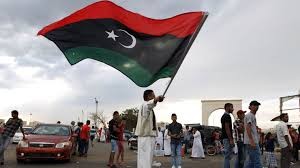 Libya’s weak Presidency Council Sunday unveiled from the Moroccan city of Skhirat an 18-member cabinet amid confusion marked by rejection of the cabinet by two members who refused to endorse the new line-up.

The new line-up comprises 13 Ministers and 5 State Ministers including 3 women.

Saudi media “Al Arabiya” reports that former Gaddafi army officer Mahdi Al-Burghuthi who joined rebels during the 2011 revolution was appointed as Defense Minister while Al-Arif Al-Khojah and Mohammed Siyala have been respectively proposed as Interior Minister and Foreign Minister.

The new proposed cabinet list will be sent before the House of Representatives (HoR); the Libyan internationally recognized parliament for approval.

The HoR last month rejected a first proposed cabinet deeming it was too large.

The announcement of the new cabinet was marked by confusions and disagreements. Deputy Prime Minister-designate Fathi Majberi and Council member Ali Gatrani distanced themselves from the new cabinet, saying the nomination process was not transparent.

Head of the Presidency Council and Prime Minister-designate Faiez Serraj cancelled his trip to Germany to attend the 52nd Munich Security Conference, while other frustrated members left Morocco without delay.

Libya has been without a central government since the overthrow and death of former leader Col. Muammar Gaddafi in 2011 in a NATO-backed revolution.

The country slipped into chaos and since 2014, the Islamic State group, which suffered heavy losses in Iraq and Syria, has turned the oil rich North African country into its new base.