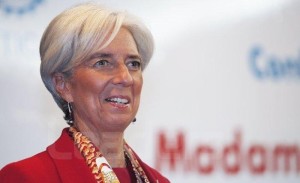 Tunisia began talks with IMF on Thursday over a new credit program to strengthen its economy hit by collapsing tourism revenues, unemployment, militancy and social unrest.

The new credit program is likely to be worth at least $1.7 billion.

The talk follows a two-year deal totaling about $1.74 billion that was agreed in 2013 and extended last year by seven months to buy time for Tunisia to enact banking and fiscal reforms.

Five years after overthrowing autocrat Zine El Abidine Ben Ali and sweeping in democratic change, Tunisians are still struggling with an economy unable to deliver the jobs and reforms their revolution promised.

The European Union had also pledged to extend Tunisia a $550 million loan to support the economy, while France last month announced it would give the North-African nation €1 billion in aid over five years.

The government has since said it will hire 23,000 in the public sector and 50,000 in the private sector, and pledged to provide guarantees for start-up projects by graduates.

The local tourism federation has already predicted that 2016 will be disastrous for the sector following cancellations by large tour operators.