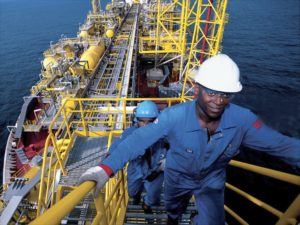 One of Africa’s largest companies, the Angola National Oil Company (Sonangol) on Thursday said it has discovered a global-scale of oil and gas reserves in the Kwanza basin that could total 2.2 billion barrels of oil equivalent.

The reserves include a block Sonangol owns with BP.

Sonangol also said that Block 20, of which it has operatorship, is also commercially viable. It holds an estimated 139 million barrels of condensate and 2.5 trillion cubic feet of gas.

According to estimates, Angola has over 5 billion barrels of offshore and coastal petroleum reserves, and new discoveries are outpacing consumption by a 5 to 1 ratio.

The country is the second largest oil producer in sub-Saharan Africa, with daily production of about 1.7 million barrels of crude oil.

Two months ago, the Government of Angola has granted the rights to natural gas development and production in an offshore area of 540 square kilometres to Sonangol.

Along Angola’s coast there are currently 35 oil blocs located in shallow, deep and ultra-deep waters.